Before we talk about thyroid disorders, let’s make sure everyone is on the same page as to what the thyroid does. It’s main function is to maintain a body’s metabolism through the use of hormones. It tells our cells what to do and how much energy needs to be expended to do it. It’s kinda like the boss of your body’s functions. The pituitary gland, located at the base of our brains, senses the levels of thyroid hormones (either too high or too low) and tells the thyroid to either make less or make more. Chronic low leads to hypothyroidism and chronic high leads to hyperthyroidism. Like Goldilocks, it’s important that they be “just right.” When the thyroid is damaged, it’s ability to maintain that important balance can be lost, tipping our systems into one or the other state for long periods of time. The good news is you can do something about both, but first you have to be able to recognize the signs of hypothyroidism & hyperthyroidism, in order to act properly.

This is when your body doesn’t produce enough crucial thyroid hormones. In the early stages, it’s difficult to detect the symptoms. Over time, if left untreated, hypothyroidism can lead to some major medical problems, including heart disease. It’s no joke.

What’s tricky in identifying the problem is that these signs of hypothyroidism don’t hit all at once or even in full effect. They happen gradually, over time. People attribute them to “just getting older.” Because the thyroid tells the rest of the body what to do and how to do it, when it’s underperforming, everything slows down. Think of how frustrated you get when a webpage doesn’t load fast enough. That’s similar to what’s happening inside us in a hyperthyroid state. Things. Move. Slowly.

The other tricky part is that a person most likely will only experience SOME of these symptoms, not all of them. So, it’s easy to make other conclusions besides thyroid disease. The following are a list of hypothyroidism symptoms: 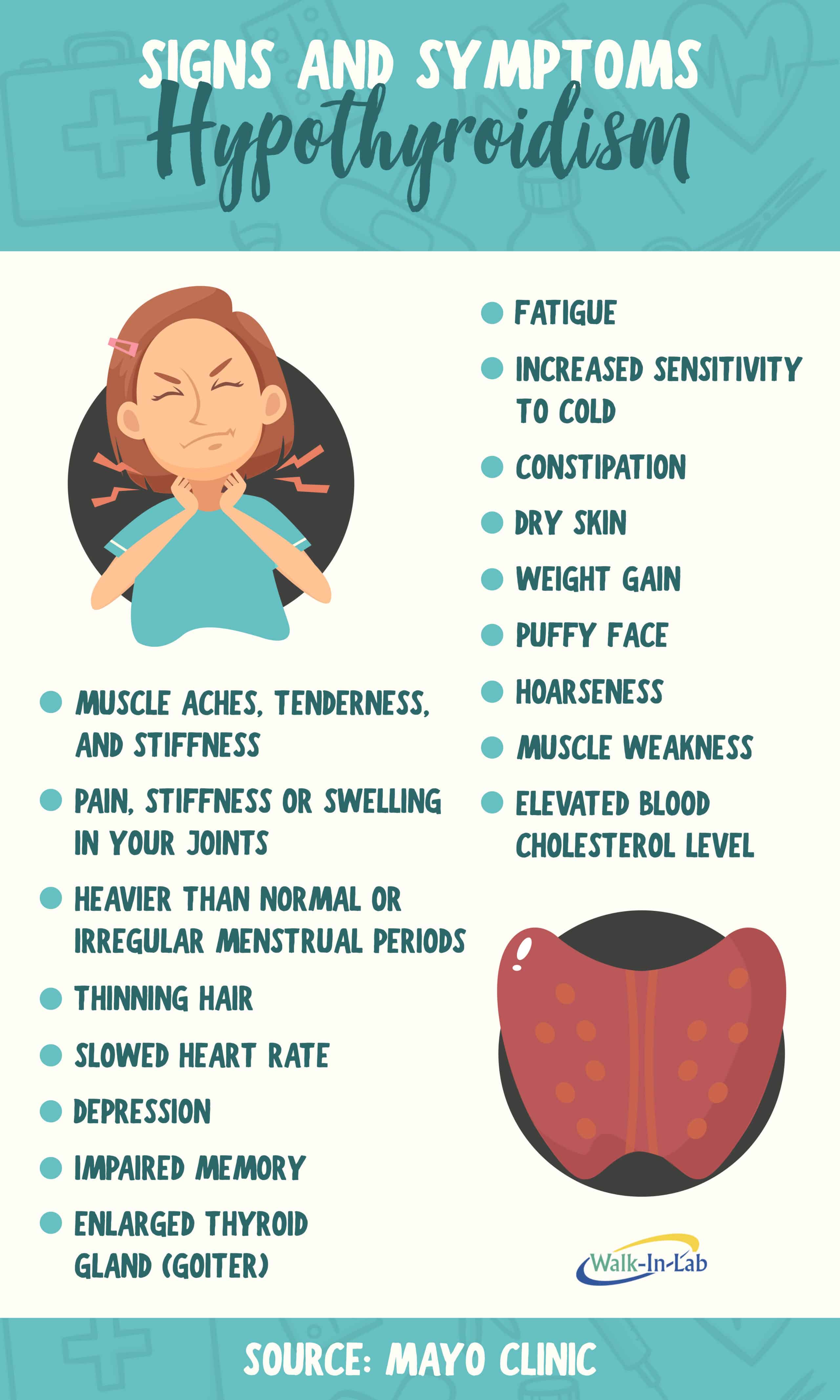 Normally, hypothyroidism strikes the middle aged or elderly, but it’s not limited to just people in that age group. Youth isn’t immunity here. Infants can develop this disease. Since they aren’t really communicative at that age, parents have to look for other signs.

It’s important to recognize and battle hypothyroidism early in infants because their bodies are still developing and the disease can interfere with that process.

When it develops in children or teens, you have other signs to look for.

Now, let’s look at the other side of a thyroid problem.

This is when your body produces too many hormones, speeding up your metabolism faster than it was designed to go. And while going faster might SOUND good to you, it isn’t in practice. It leads to its own host of problems.

Roughly 2 million Americans already have hyperthyroidism. It tends to hit in females more than males, especially women between the ages of 20 and 40. And it can come as an overreaction to people trying to correct hypothyroidism.

At first, you’ll experience more energy as the system is moving faster, but then things break down faster, leading to an overwhelming sense of exhaustion. Just like with hypothyroidism, none of these symptoms come full on, all at once. They develop over time, sometimes years, making diagnosis tricky. The following is a list of hyperthyroidism symptoms:

If you notice that you’ve been suffering for some of these symptoms, for either hypothyroidism or hyperthyroidism, you should get tested! Both are manageable diseases that can be corrected by your medical professional, but only if he/she knows to look for it first. Stop silently suffering because what ails you can be treated!